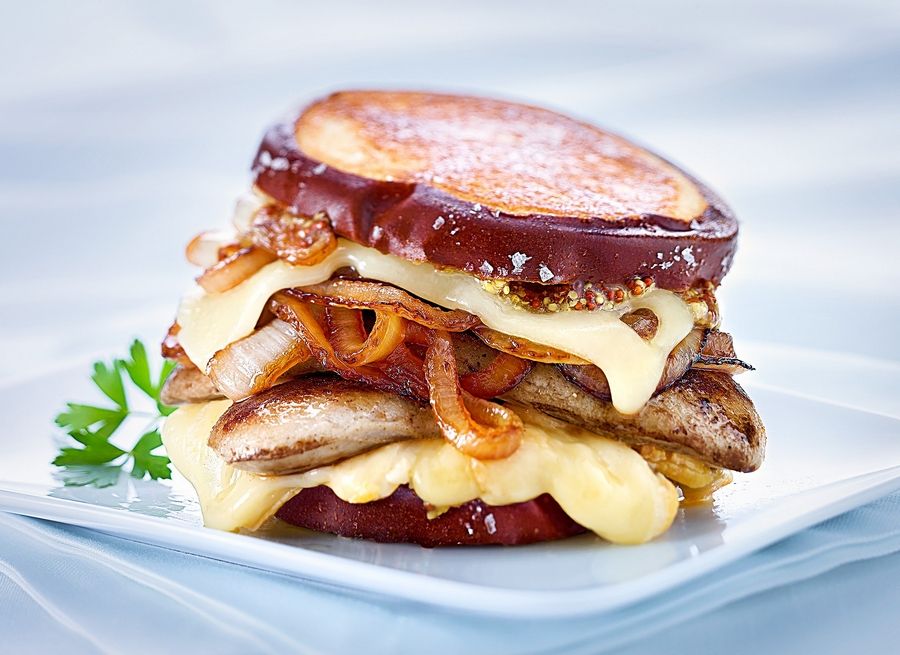 So, we (virtually) sat down with Alyssa to recap this victory—and once the office opens up, you can bet we’ll be enjoying some Limburger Leaps, the name of her winning sandwich, together.

One thing we’ve learned about Alyssa is that she thrives under pressure. She can have five projects due in an hour and you could not detect an ounce of stress. This seemed fitting when we learned about her process creating the Limburger Leap.

Alyssa said, “I knew about the contest for several weeks before entering. I was doubtful of my chances to win and put off entering until the last day. My entry was so last minute that I actually only did one trial run, then and adjusted the original draft of the recipe without testing it again before submission.”

The Inspiration Behind the Cheese

Considering the contest originated in Wisconsin—and that she’s a die-hard Packers fan—Alyssa wanted to create a game day-themed sandwich.

“You have to play the judges, right?”

She worked with her co-creator and twin sister to name the Limburger Leap after the iconic Lambeau Leap. “Once Limburger was in place, we knew that the other recipe ingredients needed to add complexity and balance out the pungent cheese,” she continued.

The Grill of Victory

After about two months of waiting, Alyssa arrived to work one morning in July to find the email in her inbox.

“I read it several times and still couldn’t believe it. Really, BEST OF SHOW?!?!”

Overjoyed she immediately called her sister to share the news. “I don’t really remember much else besides a blur of excitement that day. Our recipe had just won $10,000 in a national recipe contest!”

In the end, Alyssa and her sister used their winnings to take a trip to London and Paris the following summer and to help pay off the rest of their student loans.

If you’re looking to celebrate National Grilled Cheese Month (because who doesn’t love a reason to eat grilled cheese?) and would like to try the Limburger Leap for yourself, here’s the recipe.